Sema or whirling is part of the inspiration of Mevlana M. Celaleddin-i Rumi, famous mystic thinker and turkish human poet of 13 th century He invite us to unity,to toleration, to God love, the God of all of us and to manldnd love whithout discrimination of religions, races and social classes… When we examine Seinft from a scientific viewpoint, we witness that contemporary science definitely confirms that the fundamental condition of existence is to revolve. There is no object, no being which does not revolve and the shared similarity among beings is the reyolution of the electrons, protons and neutrons in the atoms, which constitute the structure of each of them.

The ceremony we are about to assist is in 7 parts. It bens with praising the Prophet. To praise him, is to praise all the Prophets before him and above all the Creator, who created all of them.

The 3rd part is a reed -song” symbolising the Creative Divine Breath.

The 4th part is the three Sultan Veled tours, it is a circular rytlunic march, symbolising a soul to soul salute, hidden behind the froms of dervishes.

The 5 part is the Whirling in 4 Selam’s:

1st Selam is the concept to realization about one’s self as a creature and the existance of GOD as a CREATOR.

2nd Selam is looking around to the creation…Adiniring and feeling the bewilderment.

3rd Selam, love coming out of “bewilderment, beatitude”, In this 3rd Selam, the reason, the intelligence is getting dissolved in the Divine Love. This degree of ecstasy is called “Nirvana” the highest degree in Boudhizin…In Islam it is called “Fenafillah.” But the highest degree in Islam, as a creature, is to be the servant of GOD,so at the end of every Selam the Whirling D elvish stop and representing the number “One” testimony by his appearance to the Unity of GOD.

The 4th Selam symbolise the rebirth. Dining this last Selam, the Dervish in conception of his reason of being and his duty in this world, surrender to the Divine order with his thoughts, his feelings and his love j oining the Creation all over again with Wisdom. The Dervish with his right hand opened as in a prayer in order to receive teh ON of GOD, left hand turned to the earth gives whatever he receives. He turn from right to left, around the heart, ambracing all Humanity with love whithout discrimination of races, believes and social classes.

At the six part the Sema, verses from the Coran is rea den, specially: “Wherever you turn say this is the face of GOD….”

At the last part, the ceremony takes end with a prayer for the peace of the souls of all Prophets and believers.

by Dr. Lc. Celaleddin B. Celebi 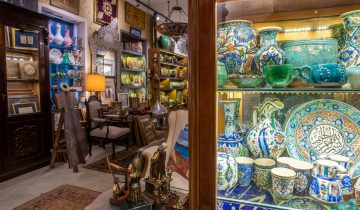